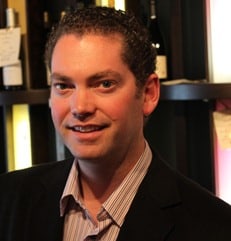 How long have you been with Jarvis?

Three years at Jarvis, previously before that I was at Artesa in Carneros working on their Chardonnay and Pinot but also working on an Alexander Valley property they purchased called Ridgeline. So about three years ago the opening at Jarvis came up. To me Jarvis is the ideal winemakers paradise. It’s an estate model so it’s all about the vineyard, but they have some of the best equipment and barrels in the industry. It’s also a manageable 5,000-6,000 case production.
If you ever go to Jarvis, you’ll see that every barrel is laid down on the ground one barrel high in the cave. To me that was really special coming from larger wineries where they were stacked 5-6 racks high, and you had no idea what was going on 15-20 ft up in the air! A barrel bung could have been off for a week and nobody would know. It sounds very basic, but that was a huge quality thing for me

So this is probably a given, but you would very much describe yourself as a handcrafted winery?

Oh absolutely! We have two people in the cellar full-time, six people that work in the vineyard full-time, and a couple of people in the office. We are about as handcrafted as it gets! Everything we do is by hand!

The economy is slowly starting to recover now, but have you seen many challenges that you have had to overcome? I know a lot of big names in Napa have had to drop their pricing to stay competitive…

We are very different from a lot of other Napa wineries. We are 5,000 cases versus other wineries that are 150,000 cases, it’s a whole different ballgame. We do sellout every vintage, but William Jarvis the owner of the winery does not discount. To him discount is a bad word. There are enough people that will pay for quality, but it would be a very different story if we were making 50,000 cases, we would have to change our model.

Our wines are a hand-sold product. We are looking for a 6 pack placement in a restaurant, not a 5 case deal. It’s also word-of-mouth, Jarvis fans are incredible. We have people all over the country that buy 10’s of thousands or even 100’s of thousands of dollars of Jarvis wines directly from the winery. They put it in their cellars, they give it to their friends, they in turn tell their friends about it and our customers base increases that way. We have gone from 20-30 visitors a month at the winery to almost 1,000 visitors a month, and it’s all word of mouth. No advertising. 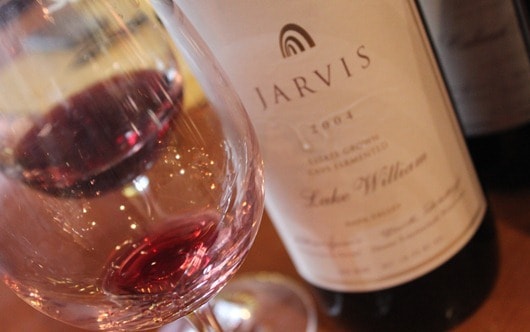 Well that leads very nicely into my next question…do you guys get into Social Media very much at all?

We have changed a lot since I have been there, not that I take credit for it! We didn’t belong to any of the winery associations, but we have started doing more and more to get our name out there on a local level. We are still very new to Social Media. Mr Jarvis is in his 80’s so….he’s actually quite computer savvy he checks his email every 10 minutes, but it’s not really his thing. We don’t really have the staff to hire a Social Media person.
The problem is that because we are such a small winery, I’m the guy that changes the lightbulbs when something goes out…

I’m right there with you!

[laughs] Exactly! We do have a guy in our office that monitors and runs our Facebook Page www.facebook.com/JarvisWines, and occasionally posts stuff on there, but personally I don’t think it’s where it should be.

I think that’s the story throughout the wine industry.

Ideally, personally, I think it would have the most benefit to the public if it was something I was doing. So I would be like “Hey, I’m in the cellar and and tasting the Jarvis Cab, and it’s really good etc…”. I would assume that’s what people want to know! We still have some work to do.

If you were going to make wine in any other place in the world, where would it be?

Well…it’s not that far away, but I’m personally a big fan of Russian River Pinot Noir. I don’t actually make any Pinot Noir, but it’s my favorite wine that I buy. I buy a lot of Williams Selyem and Kosta Browne.  The problem is that in Napa, that I just end up (with a bunch of other winemakers) swapping our own bottles and drinking each others wine. I therefore don’t get to drink much from outside of Napa. Sonoma is so close to Napa, but for me it might as well be on another planet.
Pinot is definitely harder to perfect that Bordeaux, so that would be something that I think would be a fun challenge.

Cabernet Franc and duck; go figure! Especially Peking Duck. It’s a tasting we do at the winery a lot, and it kind of sounds weird…. but it’s fabulous! The way that they do it, it’s baked and fried and it’s got this kind of plum sauce. All those components go with the Cab Franc beautifully! 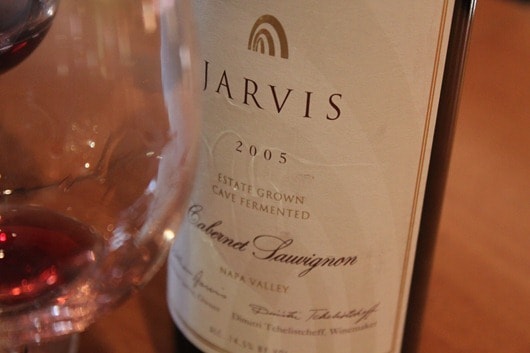 Last question, if you weren’t making wine what would you be doing?

Originally when I got into this I was a pre-med student. So when I was at UC Davis and they had an Introduction to Wine-Making course which I opted for. So I probably would have either flunked out of medical school, or I’d be in the medical field with some kind of science background.

FINALLY have my Christmas tree up!!!

My Christmas tree took FOREVER to put up, but actually not that long to collect the bottles…