Christmas is a CRAZY time for most people, and I’m no exception, therefore this post has taken a few days to get together.
I hope you all (or should I say “y’all”, with an English accent) had a great Christmas! It just seemed to zip by, well, at least did for me! It feels like we only JUST put our tree up! Now we have to take the bloody-thing down again….Christmas was soooo much easier when we were all kids! 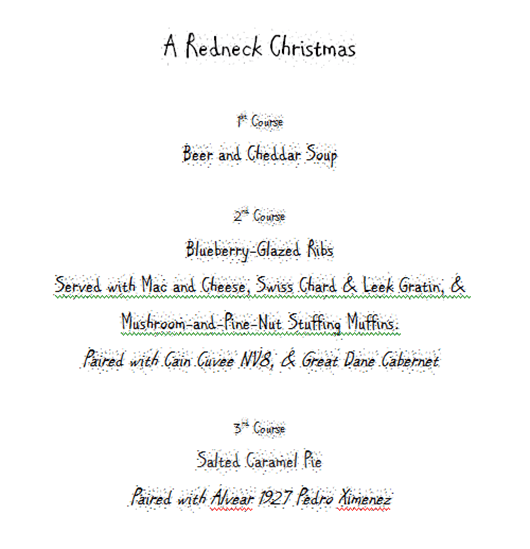 So, as you can see from the menu above, the wife and I are a little non-traditional when it comes to Christmas. We’d already decided a few months out that we wanted this year to be a little different, and a “Redneck” theme seemed like the easiest option. With that being said, we only very loosely followed the theme…..as we didn’t want to go so far as relocating the dining room table to a trailer park and all marrying our cousins…. 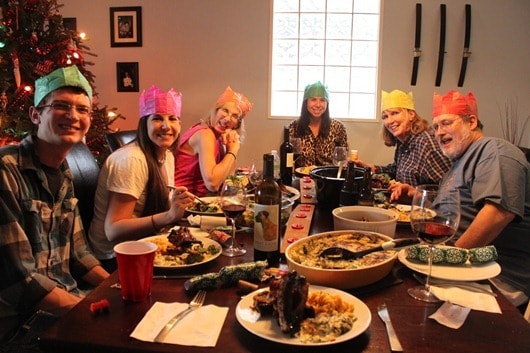 Denise (my wife) was put in charge of the beer-cheese soup, and what an amazing job she did! Cooking is a fairly recent phenomena to my wife, as I think her Mom had trust issues, and only ever let her “stir things” in the kitchen when she was growing up. For this reason, I had her in my peripheral the whole time to make sure she wasn’t adding her own ridiculous ingredients to the soup pot…

I did think it was a nice touch of hers to put the soup in mismatched mugs (photos below). For some reason I ended up with the only metal mug out of the bunch, and had to switch it from hand-to-hand every 3 seconds, as we all stood around drinking our beery-cheesy goodness, in fear of developing blisters on my fingers. 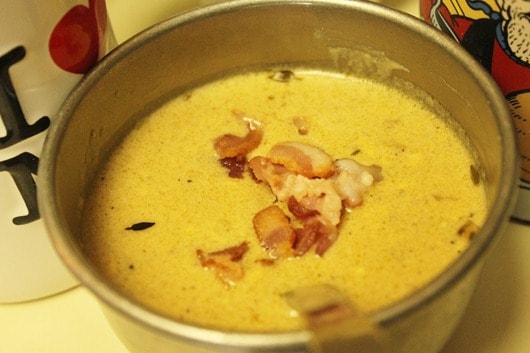 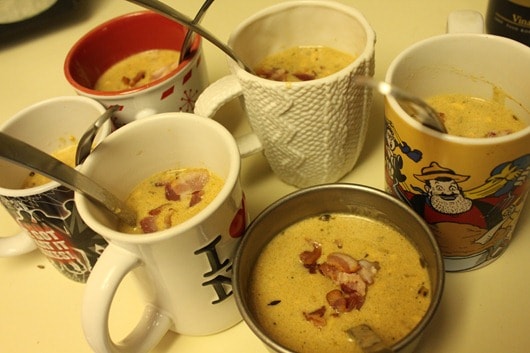 I had the task of putting together the main course. I’ve made blueberry glazed ribs before for a wine pairing with a Zin, and it was probably one of the best matches I’ve ever done. It’s a Food and Wine recipe (which can be found here), and one that I fear will be a main-stay of the Chislett household. 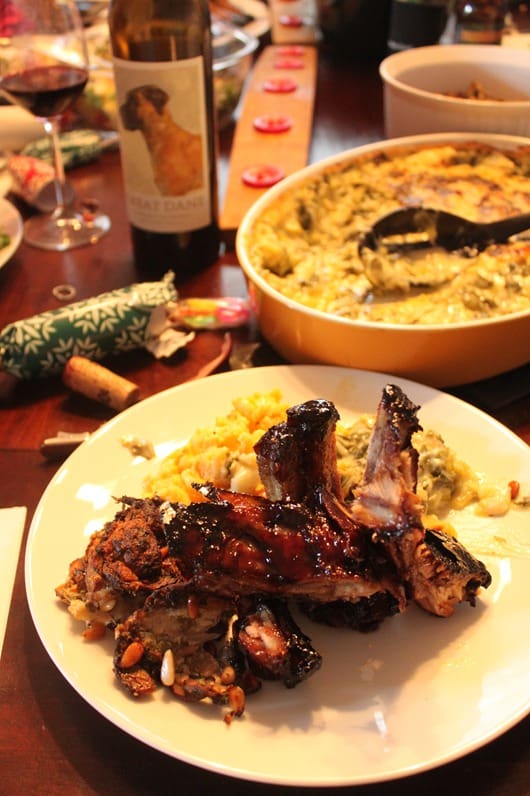 The two wines that I selected to go with the ribs were the Great Dane Napa Cabernet (pictured above), and the Cain Cuvee NV8 (pictured below).
Holiday-type dinners are almost impossible to pair with, but then again, they’re also quite hard to screw-up! A total contradiction I know, but what I mean to say is that there’s no way that you’ll find a single bottle of wine to match every single dish you’re serving. There’s just too many flavors going on! The best bet is to pair with main dish as best you can, sit back, relax, and just enjoy your company!
With all of that being said, I do have to say that the Great Dane blew the Cain Cuvee AWAY! Seriously! Granted, it’s also 3 times the price, so it’s not really a fair comparison, but I wasn’t expecting that at all.
The Cain isn’t a bad wine, far from it, it’s just that the Great Dane showed such power that it completely overwhelmed it.  The Cain is not only a Meritage blend of grapes, but also a blend of years. The bottle therefore bears no specific vintage date, but instead bears the term “NV”, meaning that the grapes are harvested mainly in 2008, but there’s other years also included in the blend. 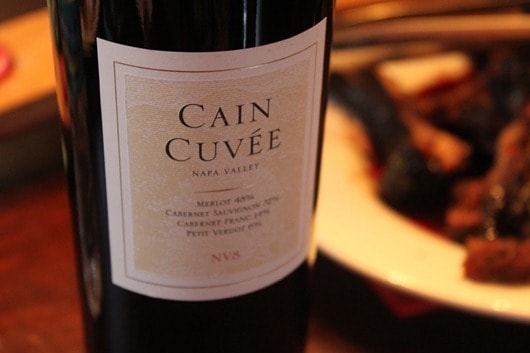 The Mrs. was also in charge of the Salted Caramel Pie, and again, another amazing job on her part! Although; I did think I was going to suddenly develop diabetes half-way through eating the dessert from the level of sweetness! Once again, the fine china stayed in its rightful place (mainly because we don’t own any), and we broke out the paper plates and plastic forks. Bad for the environment, but good for an easy clean-up!

I paired the dessert with another wine that I’ve dealt with in a previous review: the 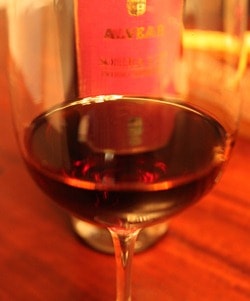 Alvear 1927.Granted, it didn’t exactly help it controlling the insulin-shock level of sweetness from the dessert, but it was certainly a match made in heaven!

So that was it. That was my Christmas Day dinner. I hope you all had a similarly wonderful experience, and got everything you wanted.

There’s only a few days left before the New Year, so make sure you check out my previous post on my: New Years Wine Resolutions 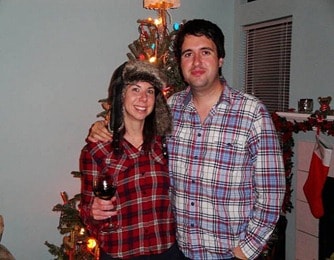