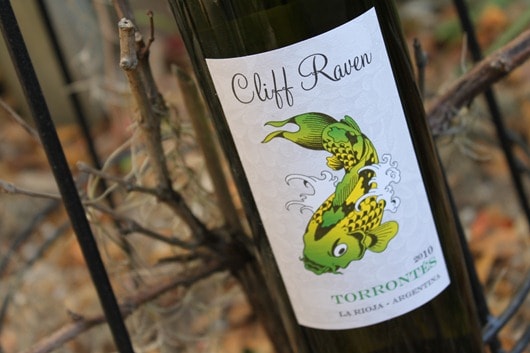 100% Torrontes [Tohr-ron-tez]
You’re forgiven if you’ve never heard of the Torrontes grape, however expect to see it more and more over the coming years as its popularity increases. Torrontes really is to Argentina what Pinot Grigio is to Italy.

Cliff Raven was a pioneer in tattooing, he was one of the first to incorporate the Japanese style and infuse it with American iconic images creating a signature style that has influenced and inspired tattoo artists for 50 years. Along with Don Ed Hardy and Don Nolan, Cliff is recognized as one of the founders of the Tattoo Renaissance. He opened his first shop, Chicago Tattoo, on Belmont Ave. in the mid 1960’s. It’s still considered Chicago’s best place to get a tattoo.

Torrontés is quite easily the most widely planted white grape variety in Argentina with Chardonnay in a distant 2nd. With the recent upsurge in sales over the past couple of years, it’s likely to stay that way for a while!

It’s not too often that you see tattoo’s linked to wine, but in the case of Cliff Raven they are appealing to the 1 in 3 American’s between the age of 21-29 (Millennial Generation) that have a tattoo.

It is not known how Torrontés arrived in Argentina, but it seems to have been there a long time suggesting that it was brought by Spanish colonists, quite possibly missionaries. This story is true for the majority of grapes growing in South America. 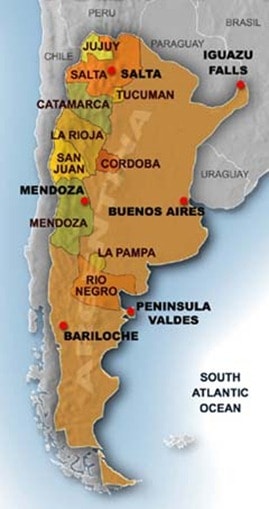 The La Rioja regions’ biggest claim to fame is that it is said to have the longest continued history of wine-production in Argentina, having been planted with grapes by Spanish missionaries in the mid-16th century.

Argentina has an extremely low rainfall, so the vines rely on a complex trench canal irrigation system to collect water from the snow melting on the Andes Mountains.

Over the past few years, Argentinean winemakers have greatly improved the quality of Torrontés by seeking lower, more concentrated yields in the vineyard. Because Torrontés can sometimes taste bitter or unripe, viticulturists pick grapes at different levels of ripeness to balance the wine’s flavor profile.

With the cold winter weather all eyes turn to red wine, which is perfect because the Cliff Raven is still limited in availability, but should start to reach store shelves by Spring / Summer 2011.

$12.99 average retail price. The Cliff Raven brand is still very new and so is very limited in availability. The wine is available through Cannon Wine Imports.

Believe it or not, me and Sparky go waaaaaaaay back! I’m talking 2009, here! Mollydooker winemaker Sparky Marquis was actually the first ever winemaker I interviewed when I started blogging. This week he came back to Jacksonville for the release of his 2010 wines. The interview was supposed to last about 15 minutes. We ended up talking for closer to an hour.   <Sparky starts pouring every-single one of his wines into glasses lined up…